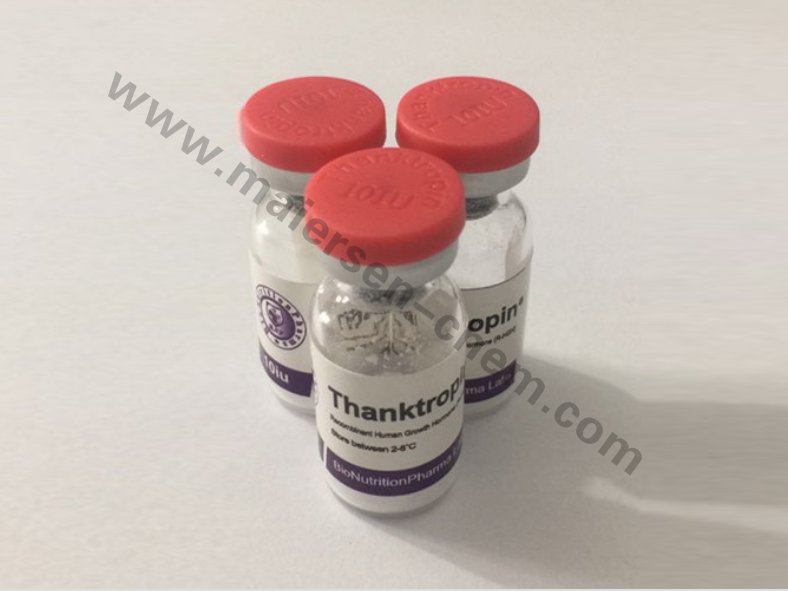 Human Growth Hormone (HGH ) is the most abundant hormone produced by the pituitary gland (pituitary is one of the endocrine glands). The pituitary gland is located in the center of the brain. HGH is also a very complex hormone. It is made up of 191 amino acids - making it fairly large for a hormone. In fact, it is the largest protein created by the Pituitary gland. HGH secretion reaches its peak in the body during adolescence. This makes sense because HGH helps stimulate our body to grow. But, HGH secretion does not stop after adolescence. Our body continues to produce HGH usually in short bursts during deep sleep. Growth Hormone is known to be critical for tissue repair, muscle growth, healing, brain function, physical and mental health, bone strength, energy and metabolism. In short, it is very important to just about every aspect of our life!

The growth hormones is a polypeptide hormone consisting of 191 amino acids. In humans it is produced in the hypophysis and released if there are the right stimuli (e.g. training, sleep, stress, low blood sugar level). It is now important to understand that the freed HGH (human growth hormones) itself has no direct effect but only stimulates the liver to produce and release insulin-like growth factors and somatomedins. These growth factors are then the ones that cause various effects on the body.

The problem, however, is that the liver is only capable of producing a limited amount of these substances so that the effect is limited. If growth hormones are injected they only stimulate the liver to produce and release these substances and thus, as already mentioned, have no direct effect. The use of these STH somatotropic hormone compounds offers the athlete three performance-enhancing effects.

STH (somatotropic hormone) has a strong anabolic effect and causes an increased protein synthesis which manifests itself in a muscular hypertrophy (enlargement of muscle cells) and in a muscular hyperplasia (increase of muscle cells.) The latter is very interesting since this increase cannot be obtained by the intake of steroids. This is probably also the reason why STH is called the strongest anabolic hormone.

The second effect of STH is its pronounced influence on the burning of fat. It turns more body fat into energy leading to a drastic reduction in fat or allowing the athlete to increase his caloric intake.

Third, and often overlooked, is the fact that STH strengthens the connective tissue, tendons, and cartilages which could be one of the main reasons for the significant increase in strength experienced by many athletes. Several bodybuilders and powerliftersreport that through the simultaneous intake with steroids STH protects the athlete from injuries while inereasing his strength.